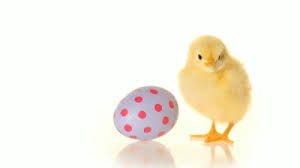 will be OPEN 24/7 during the Easter Holiday period.

Our Pet Emergency Centres are always open as we never close even on public holidays.

If you need a vet on Good Friday, Easter Sunday or Easter Monday

then please contact one of our 24 hour Pet Emergency Centres in Melbourne: 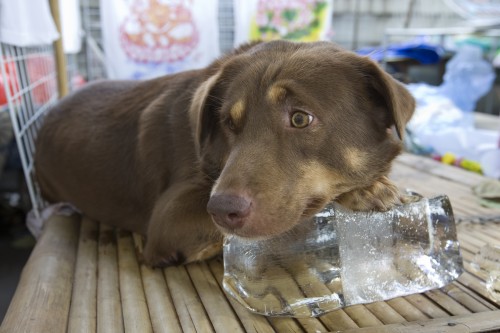 To reduce the impacts of high temperatures on your pet, please ensure:

If you are concerned your pet is be suffering from the heat get veterinary help immediately or one of our 24 hour Pet Emergency Centres in Melbourne: 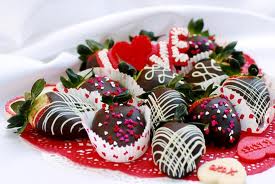 Valentine’s Day is a time to spoil our beloveds, woo our secret lovers, and remember to call our mothers which means that Melbourne households will be filling up with chocolate. We are asking all pet owners to be cautious of chocolate around your pets especially this weekend.

Older pets, or animals with pre-existing heart conditions, are more susceptible to the effects of chocolate poisoning and at higher risk of sudden death due to cardiac arrest.

The common clinical signs of chocolate poisoning are:

Why Chocolate is dangerous to pets:

It contains the alkaloid theobromine, which has similar effects as caffeine and is poisonous in large amounts. The toxicity level of the chocolate depends on the type and amount that is consumed, as well as the size of the dog. Toxic doses are generally considered to be 100mg of theobromine per kilogram of body weight, with fatal doses often occurring at over 200mg per kilogram.

Ingestion of chocolate in dogs does often lead to significant illness and so should be taken seriously by pet owners and treated as an animal emergency. As with all things, it’s better to be safe than sorry, so if you believe your dog has ingested any amount of chocolate you should immediately consult an emergency veterinarian and bring it in for examination at a 24 hour animal emergency centre.

Animal Accident and Emergency (AAE) is a purpose-built animal emergency centre servicing Melbourne.  It provides 24-hour animal emergency services.  There are two great locations – Essendon and Point Cook.  The centres are located to provide direct and easy freeway access.  Time is precious in any emergency.

Our Melbourne Vet Emergency Centres provide dedicated emergency care 24/7.  We are not just an after hours vet clinic.  Our whole focus is emergency and critical care.

If you have a Veterinarian emergency please contact one of our 24 Hour Pet Emergency Centres in Melbourne:

Celebrating New Year’s Eve is a great tradition but it is one of our busiest nights for lost/stray pets.

Is Your Pet Ready for New Years Eve:
1. Have you microchipped your pet?
2. Are they wearing a collar ID tag?…
3. Are your contact details are up-to-date with the National Pet Register?

By doing these 3 things it will give you and your pet the best chance of being reunited in the event they become lost. 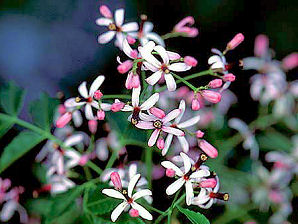 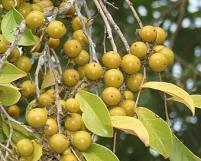 This is the adorable Twiggy, a 7 month old Dachshund puppy who has received emergency veterinary care by Dr Jina Song for Chinaberry toxicity.

The Chinaberry tree is also know as White Cedar tree or “Melia Azedarach” and is highly toxic.

Twiggy was most fortunate as her carers saw her eating the berries and rushed her to our centre. Her treatment was successful although she is continuing treatment due to expected complications from stomach insults from her ordeal.

The entire tree is toxic (bark, leaves and flowers) with higher toxin amounts in the berries.

Once eaten, your pet will quickly show varying signs:
– vomiting,
– tremors,
– seizures,
– diarrhoea,
– weakness,
– death (which can occur within 24 hours)

The fruit is highly toxic to animals and people, most likely causing death from kidney, liver failure and central nervous system problems.

If your pet ingests these berries please contact your veterinarian or one of our 24hr Pet Emergency Centres immediately. 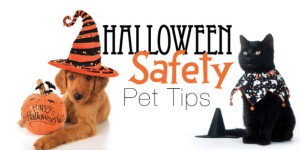 In Australia, Halloween is getting bigger and bigger every year. With the cultural impact growing it’s a good idea to consider some safety issues for your pet.

**Trick-or-treat candies are not for pets
Chocolate in all forms, especially dark or baking chocolate can be very dangerous for dogs and cats. Even non-chocolate candy is dangerous, as it may contain, xylitol, an artificial sweetener that can cause a sudden drop in blood sugar and seizures.

**Take caution with your pet’s costume
Don’t dress your pet in a costume unless you know they’ll love it. Make sure it fits properly and is comfortable, doesn’t have any pieces that can easily be chewed off, and doesn’t interfere with your pet’s sight, hearing, breathing, opening its mouth, or moving.

**Don’t leave pets out in the yard on Halloween.
Dog and cat owners should consider keeping their pets in a secure location during the celebrations. Too many strangers can be scary and stressful for pets. Loud excited kids dressed in unusual costumes can freak out pets. Dogs are especially territorial and may become anxious.

**Keep away from decorations
Keep lit candles out of reach of pets. Carved pumpkins or candles are very easily knocked over causing a fire hazard or burns.

**Make sure your pet has ID
There has been an increasing number of pets going missing on Halloween, ensure your pet has an identifying tag, engraved with your phone number. Having the proper identification will increase the chances that they will be returned.

If you have any pet safety concerns please call your local vet or one of 24-hour Pet Emergency Centres: